In 2021, I read War and Peace along with (at first) hundreds of others on Reddit. By the end, there were just a handful of us reacting to the daily chapter prompts. I had had an in-person book club before the pandemic, but it hasn’t re-ignited with the same energy as before we were all afraid to eat and drink indoors together, so the chance to connect over literature (even with strangers) was really needed.

I was proud of myself for reading a tome like War and Peace — and there was quite a lot in the scenes and revisiting the journeys of the characters that was worthwhile — but honestly, I didn’t like it. Tolstoy didn’t appear to have respect for the women in his novel. He was writing from his own experience of the Russian aristocracy, which was clearly limited. While the men have deep thoughts and wrestle with the meaning of life, women cry in corners, make fools of themselves and sit vigils next to the dying. That may be what Tolstoy observed of the women around him, but I think we can all understand that women didn’t suddenly develop interiority in the 20th century. Tolstoy was missing half the picture by not engaging with the women fully.

I wanted to repeat the online book club experience, but this time with a book that was more empathetic to its women characters. Enter Middlemarch by George Eliot. In 2022, the reddit sub “A Year of Middlemarch” read 1-2 chapters a week and we all gathered on Saturday morning to respond to some prompts, swap selections of beautiful prose, and react to the devastating turns in the novel. I absolutely adored it.

As could be expected in a novel from the 1800s, the men have agency and their decisions shape their own futures and the fates of others. What is wonderful, though, is that the actions and desires of the women are shown to have just as much power. While the men think it is all on them, we have many examples of the ways the women make fateful decisions, have important conversations and are able to direct the events. This was a feminist novel in the true sense. A novel that is equally empathetic to the women as to the men. Even the characters you want to hate have their full humanity on display, so when their downfall comes, it is not a triumph, but a tragedy. It is a truly remarkable novel and I am so glad I read it.

However, it wasn’t the only novel I read in 2022. I was lucky enough to join the Common Ground Pilgrimage centered around Frankenstein by Mary Shelley. There was surprising synergy between Middlemarch and Frankenstein, both inviting the reader to look beyond your prejudice to see the fundamental humanity in its characters. And both had deadly and devastating consequences when mistakes come back to haunt someone. I also read, Sea of Tranquility by Emily St. John Mandel, a science fiction novel that remixes old characters and events from her previous novels. While I didn’t love that novel as much as her other ones, there was a safety to it. The prose was beautiful, the characters were treated with respect, and there wasn’t any cringey “male gaze” that creates distance between me and the novel. (No one’s breasts or rear were ever described.)

For 2023, I wanted to move out of the past and keep looking into the future, but to stay with female authors for the safety, empathy and philosophy they might bring to their books. So I’ve decided to prioritize reading science fiction novels by female writers. I read a lot of modern science fiction, and have read other things from these authors, but some of the ones I’ve picked are gaps in my reading of the “canon” that I want to address.

And if I track ahead of schedule, I might add in some other must-read titles, The Time Machine by H. G. Wells (because it’s short and I can read it on my phone), Stranger in a Strange Land by Robert Heinlein (because its a classic) and Little Brother by Cory Doctorow (for some Can-Con.)

To give myself a bit of perspective, I’ve also begun The Great Courses courses, “How Great Science Fiction Works” by Gary K. Wolfe and “Great Utopian and Dystopian Works of Literature” by Pamela Bedore. I’m looking forward to completing the year with a more expansive view on humanity and my place in it. 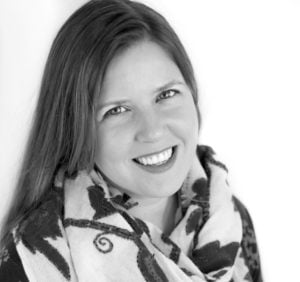 Organizations I Volunteer For